Article
The Truth About Vapor Permeability in High Humidity Environments

The Truth About Vapor Permeability in High Humidity Environments 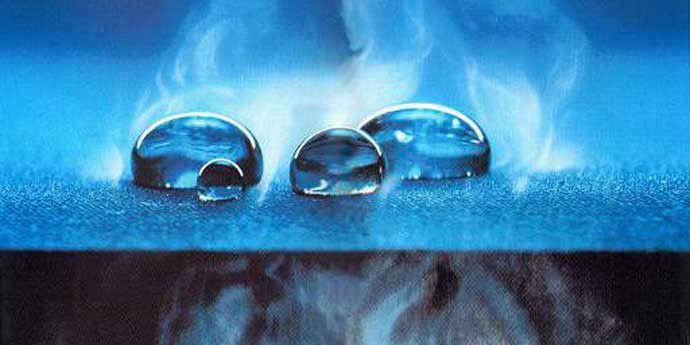 Vapor permeability is probably the most ignored and least understood of the four. Yet, it can have the greatest impact on how a wall system performs.

Whether during installation or after the cladding goes up,the interior of walls do get wet. And if a wall system can’t dry out, it becomes vulnerable to moisture damage and mold.

That’s why vapor permeability, or breathability, is a key benefit of DuPont™ Tyvek® weather barriers. Tyvek® combines the right balance of air and water resistance and vapor permeability. So, when water does find its way into a wall system, the Tyvek® WRB is engineered to allow it to escape as moisture vapor.

Current building codes require the minimum measure of permeability to be around 5 perms.  DuPont building scientists believe this threshold is too low to ensure consistent performance, and recommend weatherization barriers with moderate to high vapor permeability, like Tyvek® WRB.

Measurement of moisture vapor transmission rate (MVTR) is calculated per the test protocol of ASTM E96. This test indicates how much moisture can pass through a barrier in a 24-hour period.

Because this measurement is affected by vapor pressure, it is necessary to adjust for vapor pressure across the sample to determine moisture vapor permeance (MVP).  ASTM E96 is used to give materials a relative rating that indicates how resistant each one is to allowing moisture vapor to pass through.

In the summer of 2002, DuPont conducted a field experiment in North Carolina during the worst drought in decades. Two different building wraps were randomly applied to the same wall structure.  One with a vapor permeability of 58 perms, the other 6.7 perms.

The wall was wrapped for 3-4 weeks, and left in the framed stage of construction during this period.  After 3-4 weeks had passed, moisture accumulation and elevated moisture levels clearly could be seen wherever the low- vapor permeability wrap was installed.  Many areas had reached or exceeded saturation levels for sheathing, and moisture distress was evident to the naked eye.

By contrast, everywhere the high permeability wrap was installed, it was revealed that the sheathing had remained consistently clean and dry, regardless of location or directional orientation.

To better understand observations in the lab and in the field, DuPont did moisture modeling, using the internationally recognized WUFI Pro model.  DuPont was able to simulate the field conditions to evaluate the wall system’s response to the formation of dew-like condensate.

DuPont™ Tyvek® weather barriers have a unique structure, with millions of extremely fine pores that resist bulk water and air penetration, but allow water vapor to pass through and escape the building.

For more than 30 years, DuPont material and building science expertise has brought innovations like Tyvek® weather barriers to the construction market.

>> The Truth About Vapor Permeability in High Humidity Environments <<