When a paper lid on a sterile medical package is opened, it can release a significant number of particulates, but that’s not an issue with Tyvek®. The unique, continuous filament structure of Tyvek® results in clean peel and low lint features that minimize the risk of device contamination when packages are opened or handled.

For the testing, samples of three different medical-grade papers, Tyvek® 1073B and Tyvek® 1059B were each tumbled in a tumbling drum to release particles from the tested materials. The drum was housed in a HEPA filter lab bench. The lab bench air was filtered with two pre-filters and one HEPA filter. Air was supplied by a blower with a pressure drop across the filters of 0.5 in. (1.3 cm) of water. Sampling of the number and size of the generated particles was done with a cleanroom monitor coupled to a paper tape printer. All of the equipment was in a temperature-controlled, HEPA-filtered-air cleanroom that had full air exchange approximately every minute. 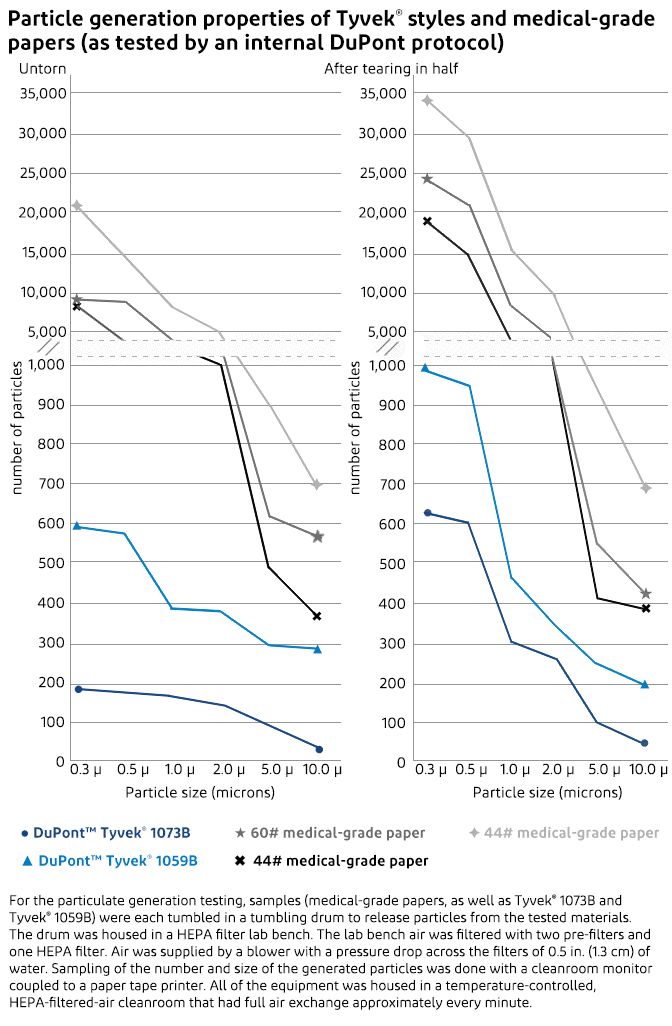